You are here: Home / Artistic Journey / Showing my roots
0 shares

If you had the chance to talk to anyone dead or alive, who would it be?

For me that question is answered by going straight to my roots. I would be thrilled if I could sit and chat with my paternal great-grandmother Katharina Lehner. She passed away six months before I was born and I am named after her. She was a kind, caring and exceptionally capable person, loved by all who knew her. She was a teacher before she became a wife and then mother of five children, the oldest of whom was my grandmother.

Here they all are around 1918. The middle girl in the top row is my grandmother. And if I do my math correctly my great grandmother was 43 years old in this picture!

Katharina lived through two devastating wars and saw first her husband off into World War I and later her two sons into the second World War. Miraculously, they all returned more or less unscathed, although her boys were POW’s for some time after the war had long ended. Through it all, her family never suffered hunger or need like so many of their countrymen and women in war-torn Germany. They were “urban” homesteaders before anyone ever knew what that was. There were a couple of goats for milk, chickens for eggs and meat, an astonishing variety of fruits and vegetables as well as the honey from the bees that were kept by my great uncle.  They did it because that is how things were done, not because it was “green”. As a kid I used to love to go down into the root cellar of the old house I grew up in and forage for goodies!  And on the ceiling were writings from when the family must have huddled in it during bombing raids in the war. They wrote dates with the soot from their candles. My great-grandfather was a very skilled carpenter and cabinet maker who built everything from the house they lived and raised their family in, to the furniture in it, doll houses for the girls to play with and the caskets they were buried in. Talk about DIY! Some of his and my great uncles’ tools are displayed in our local heritage museum today!

Here are a couple of examples of her handy work that I am very proud to have in my possession:

One of my favorite stories is one that took place shortly after the end of World War II and really shows her practical side. US soldiers were encamped in the school building right down the hill. And Katharina noticed that the coffee grounds they used were ground much more coarsely than regular German coffee. And that they tossed them in the garbage! So she struck up a deal with one of the cooks who would save the coffee grounds for her. She took them, dried them on dish towels, reground them and voila – coffee!

Theirs was a house full of music and companionship. Their doors were always open! Their children were active in the local theater scene and my youngest great uncle made everyone laugh with his antics! I am so proud to be one of her descendants. Sadly, the musical gift passed me over and went to my cousin’s kids instead. But I have a feeling she had something to do with my fiercely independent spirit and the endless desire to create.

Here is the side of the house my great grandfather built as a young man for his bride in 1900. This part is essentially untouched. No one has lived in the house for 30 years. Don’t you just love all the trim and details he incorporated into the gable?

I am so blessed, because I had more than just my great-grandmother’s creative genes, my Mom has made things for as long as I remember. I can still hear her yelling at the sewing machine when something didn’t quite work out right and she was determined to finish that pair of pants, or jacket or top…

We were never rich in the monetary sense, but the gift that was passed on to me by these creative and capable women is so much more than I could ever repay in this lifetime! And I always wore designer clothes:) And grew up next to this:

Who is the person you would like to talk to? Is there someone in your past who has influenced you to create or whom you might have inherited your creativity from? I just love hearing stories like that, because it keeps extraordinary, ordinary people like my great grandmother alive! 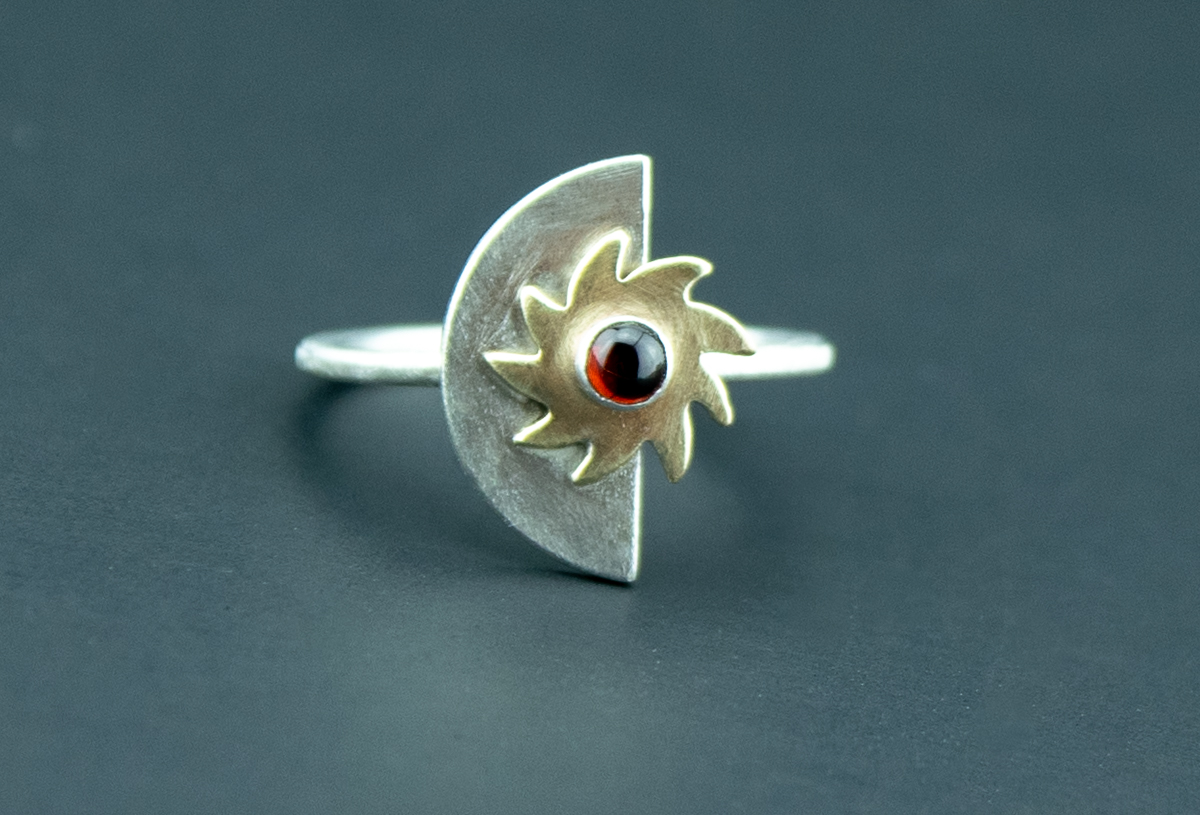